Do You Know What the End Goal of Parenting is?

If you don’t know the end goal of parenting, then chances are you’re going to spend a lot of time being confused about how to parent.

One day the experts will say one thing and the next you will find out that you were doing things all wrong. There is a source that doesn’t change, and that’s God’s Word.  In His Word, He gives us specific instructions. We are told to train up our children in the way they should go, so that when they’re grown, they won’t stray from it.

Training involves having a specific end result in mind. Training is showing our children what to do and then seeing to it that they do it. Training is vital to success in life.

Let me give you an example:

I remember an experience my dad had trying to raise tomato plants. He raised some of the most delicious tomatoes in the Tennessee Valley. But that wasn’t always so. In the beginning, he wasn’t very good at it.

A little bud would come up on the vine, and a nice tomato would be ripening. But when Dad went out to pick it, the vine would be laying over on the ground under the weight of the tomato – and the worms had beaten him to it!

Then one day an elderly neighbor came by and said, ” Mr. McGee, you need to train those plants. We’ll get some wire mesh and put some around them.” When he came back later, he pulled out the old plants and put up the wire mesh. Then Dad started all over again with some new plants.

When they began to bud and little tomatoes came out, the pressure of the green tomatoes began to pull the plant over to one side. So Dad took some twine, tied it around the stem and mesh and gently pulled the plant back in line. When the pressure drew it the other way, he pulled it back in the opposite direction. He kept straightening the neck of that little stem until he could grow tomato plants four feet tall and was producing fruitful crops.

Those tomatoes could be enjoyed because the plants had been trained to grow and produce.

During the time of training, parents can get an idea of where the end is, but the problem is that they usually don’t stay focused on the end. They’re always looking at right now, saying, “Things aren’t good now, and I’m mad.” As parents, we need to be thinking about the end result. Remember, God calls those things that be not as though they were (Romans 4:17).

KEEP YOUR EYES LOOKING AHEAD

Most drivers’ training manuals will tell you that the best way to stay straight while driving on the highway is not looking directly across the front hood of your car, but to look at a fixed point down the road. Keep your eyes looking ahead toward where you want to go, not just at where you currently are.

God has great things for you and your family.

THE FOUR AREAS TO TRAIN YOUR CHILD

Listen now and learn the four areas to train your child in.

Gain new confidence in your role as a parent. 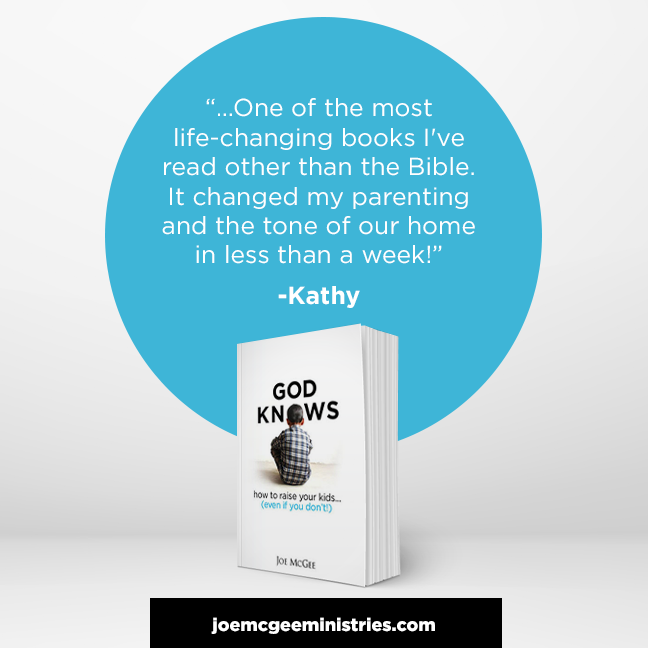 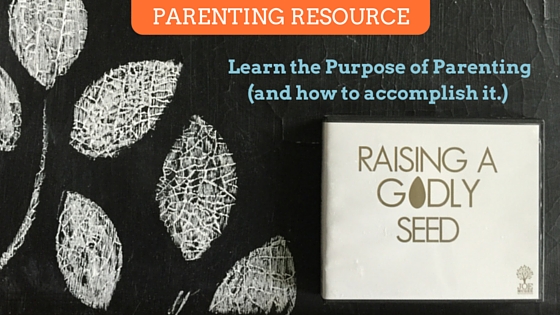